KDU student finds calling in the turbulent world of journalism 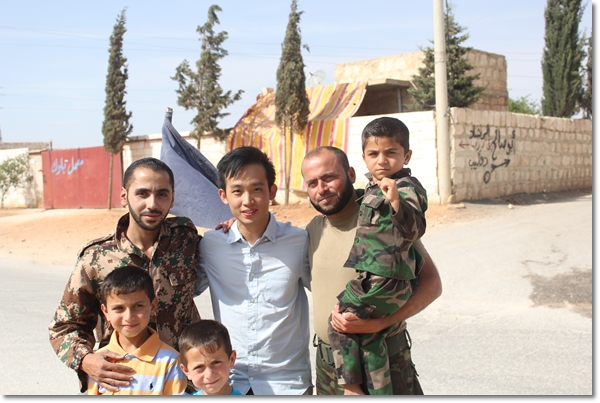 In Syria with some opposition fighters and their kids.

The transition from a youth to young adult, more often than not, is peppered with struggles of finding the right direction to head to, lost in the many choices to make. But for some, life’s calling comes naturally to them, giving them a clear sense of where they will steer their ways into life.

This remains true for Chris Lau Chun Wan, a young man whose feats have recently landed him on the list of ‘11 Young Malaysians You Should Definitely Watch Out For in 2016’, published by the widely popular social news site SAYS.com.

The final year Bachelor of Communication student at KDU University College has been making waves in the field of journalism, inspiring many youth with his contribution in the world of journalism at such a young age.

Chris’ journey began when he was on a 7-month long backpacking trip around the world from 2012 to early 2013.

Lost, he embarked on the trip as a means to find himself and discover his passion that could take him to the next level in life and career. During the trip, he landed in Afghanistan, where he spent 2 whole months in the war-torn land. Expecting tight security and military patrols, he was caught off-guard instead by the simple humanity he found.

Despite their hardships and the condition of their land, Chris found home in the warmth and hospitality shown by the Afghans, who took him in as a guest. His local friends then brought him around to Bamiyan in central Afghanistan, where he visited a rural village and struck up a friendship with the local elders. 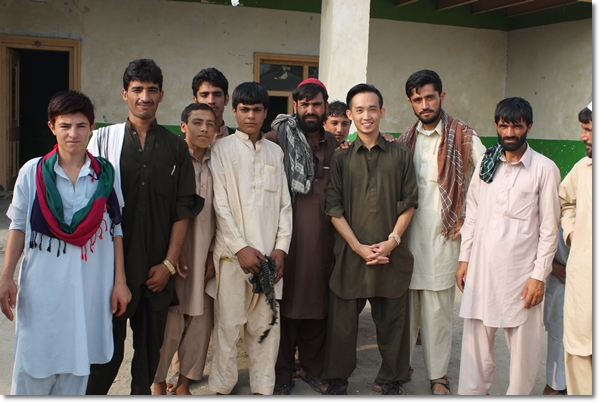 Chris with the local Afghans back in 2013 during his short visit to Afghanistan.

“What happened was that the people had mistaken me for a journalist when in fact, I was just a backpacker,” he reminisced, “I was totally taken aback when they took to me and pleaded me to get their stories out on how severe their situation had become and how desperately they needed humanitarian aid.

“I was stunned and lost for words, being approached like that and looking at them in the eyes,” he continued, “After the trip, all I could think about was how I could contribute and help them some way. That was when it kicked in; I love to travel and I can write, thus I decided to pursue journalism. It was a way for me to do what I love and help people get their stories heard.”

It was that that drove him to pursue his Bachelor of Communication at KDU University College where he majors in journalism, a beginning to his entry in the field.

“Of course, I had to begin somewhere, and the lessons in KDU helped me with those first steps,” stated Chris. “I learned from the basics such as the proper writing formats for different media types, as well as the kind of content and writing for emerging mediums such as social and digital media.”

While studying as a full-time student, Chris still found time to do some actual journalism work on the side. He began as a freelancer for GuangMing Daily and other web news portals, honing his writing skills by writing across different genres such as lifestyle, travel and human interest stories. At the same time, he still made time to travel and explore the world to get new insights and stories, just like how he had started.

Since his fateful backpacking trip to Afghanistan, he now frequents conflict zones with the passion to use journalism as his own way of contributing to the global society. Chris often travels to conflict zones alongside non-governmental organisations (NGOs) who are on humanitarian missions, but there are times when he embarks alone to these areas, undeterred by the hazards of the situations there.

“For Syria, I worked closely with Malaysian Life Line for Syria, a local NGO,” he explained on his involvement at the conflict zone. “I’ve joined their mission twice so far and there was another time where I went there by myself. Since my backpacking trip, I’ve went back to Afghanistan on my own twice, as well as several other conflict zones in the middle east such as Iran, Lebanon and Egypt. I’ve managed to travel around Asia too, I did an earthquake aftermath reporting in Ludian, China back in 2014.”

Although his passion and courage is admirable, safety remains the main concern as he is often a lone wolf in covering some of these conflict zones.

When asked on his family’s stance on his frequent travelling and reporting at these nations, he explained, “Of course, as parents, it was never easy for them to let their son go to turbulent warzones, out of fear for my safety. But I think they’ve seen what I’ve become; everything I’ve seen and heard has made me a different person and they respect the person that I am and my passion in journalism.”

Undertaking a major in journalism most certainly has set the ball rolling for Chris in terms of his future career path. The practical approach to the syllabus in KDU added on to his training in becoming a journalist.

When inquired on his prospective career in journalism, Chris set his eyes on covering conflict zones full time, adding, “It would be a dream come true to be able to be a war correspondent for renowned news agencies such as Al Jazeera, BBC and the like.” 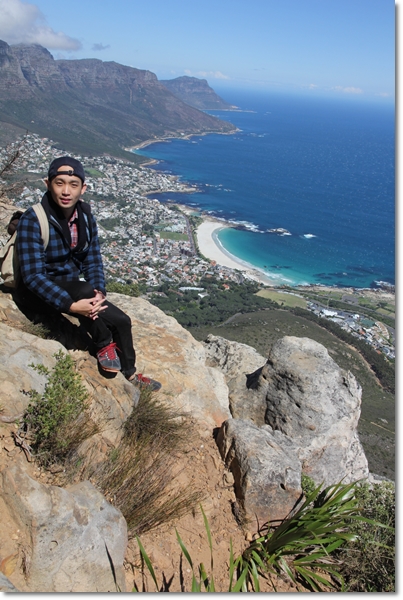 Chris is set to pursue journalism, living up his passion to travel, write and contribute to the global society by letting voices be heard and stories be told.

Chris is currently finishing the final semester of his Bachelor of Communication programme at KDU.

A section specifically about life on campus from both students and lecturers, where readers can get the news about programmes, new facilities, clubs and associations, ongoing research findings and projects, events and school highlights.