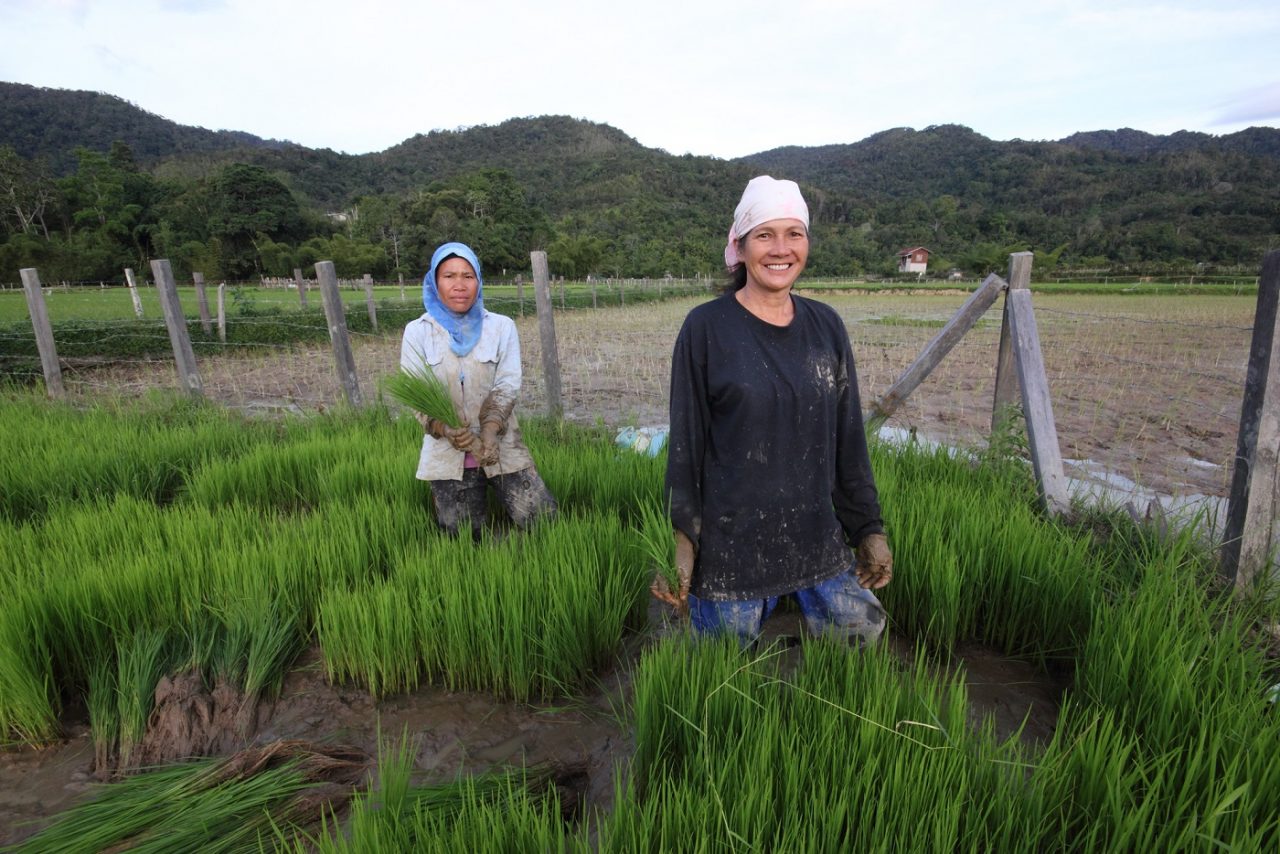 Women working in rice fields in the highlands. ©WWF-Malaysia/Edwin Meru

KUCHING: Forum Masyarakat Adat Dataran Tinggi Borneo (FORMADAT), a grassroots initiative based in Sarawak and Sabah, Malaysia and North Kalimantan, Indonesia has been named as a winner of the Equator Prize 2015 of the United Nations Development Programme (UNDP).

Its leaders are elated with the recent announcement made in New York, saying that the Equator Prize is the first international award for FORMADAT since its establishment in 2004.

FORMADAT Sarawak deputy chairman John Trawe said after 11 years they are finally acknowledged internationally for their efforts in creating a sustainable development for their homeland in the highlands which lies within the Heart of Borneo (HoB).

He said land and forest are the soul of the indigenous people in the highlands and FORMADAT is honoured to play a role in preserving and sustaining the communities’ lifestyles that help to mitigate climate change and global warming.

“This achievement will not be possible without our biggest supporters, WWF-Malaysia and WWF-Indonesia, who have been providing us with guidance and encouragement in our efforts since day one. 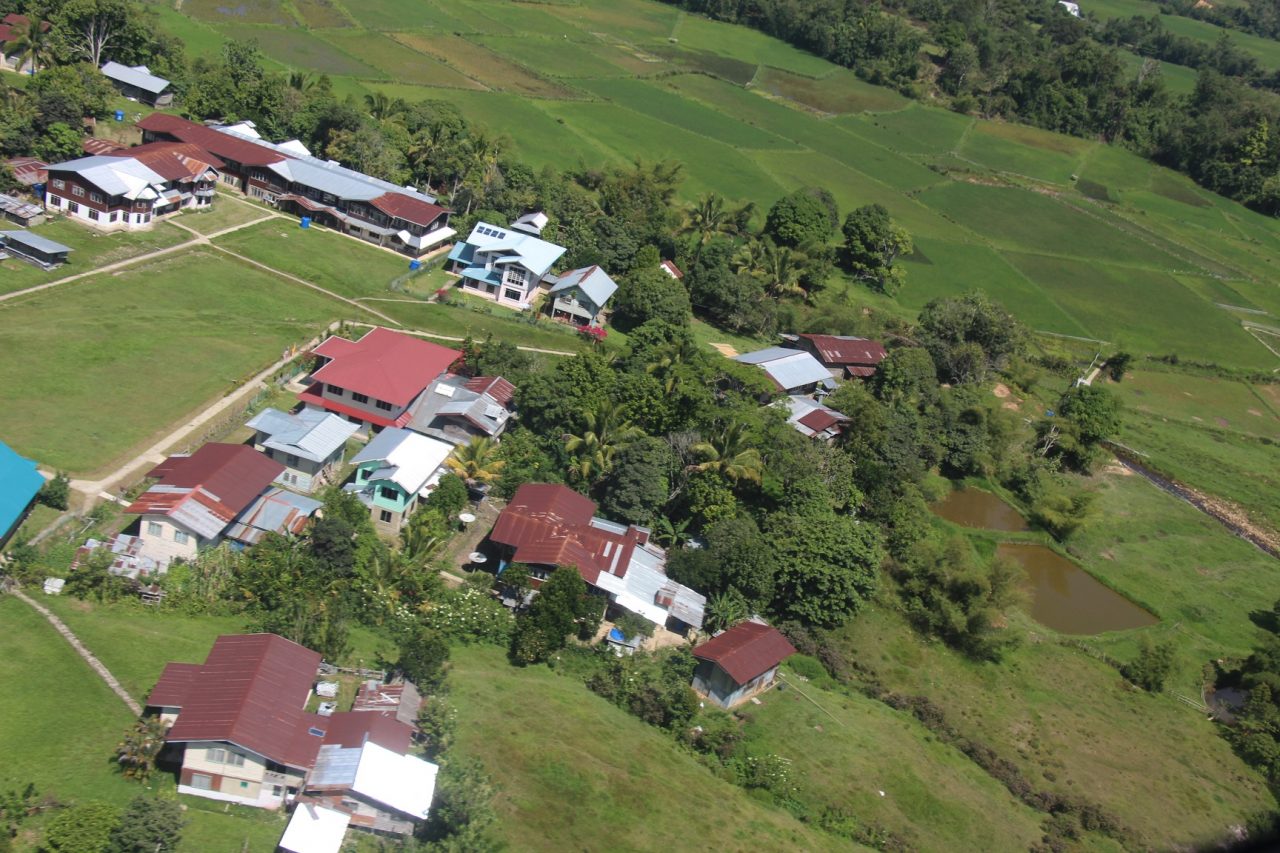 Ba’ Kelalan, one of the highlands in the Heart of Borneo, is a scenic patchwork of forests, rice fields and human settlements. ©WWF-Malaysia/Zora Chan

“Our journey is still long and we hope that the fruitful collaboration will be nurtured for many years to come,” he said adding that the good news is timely as FORMADAT will be holding its 11th annual general meeting and celebration in Long Semadoh, in Lawas, Sarawak from October 26 to 29.

John said FORMADAT was the legacy of the late Dato’ Dr Judson Sakai Tagal, Infrastructure and Communications Development Assistant Minister and Ba’ Kelalan assemblyman, who brought and inspired the people to form the alliance.

“He would have been very proud of this achievement,” he added.

FORMADAT Indonesia chief Lewi G Paru said, “FORMADAT is a forum in our own backyard to serve the interests of all living along the border of the Highlands of Borneo.”

“It unites us in one fellowship, one thought, one journey, to look after our homeland, our rights, environment and culture,” he said. 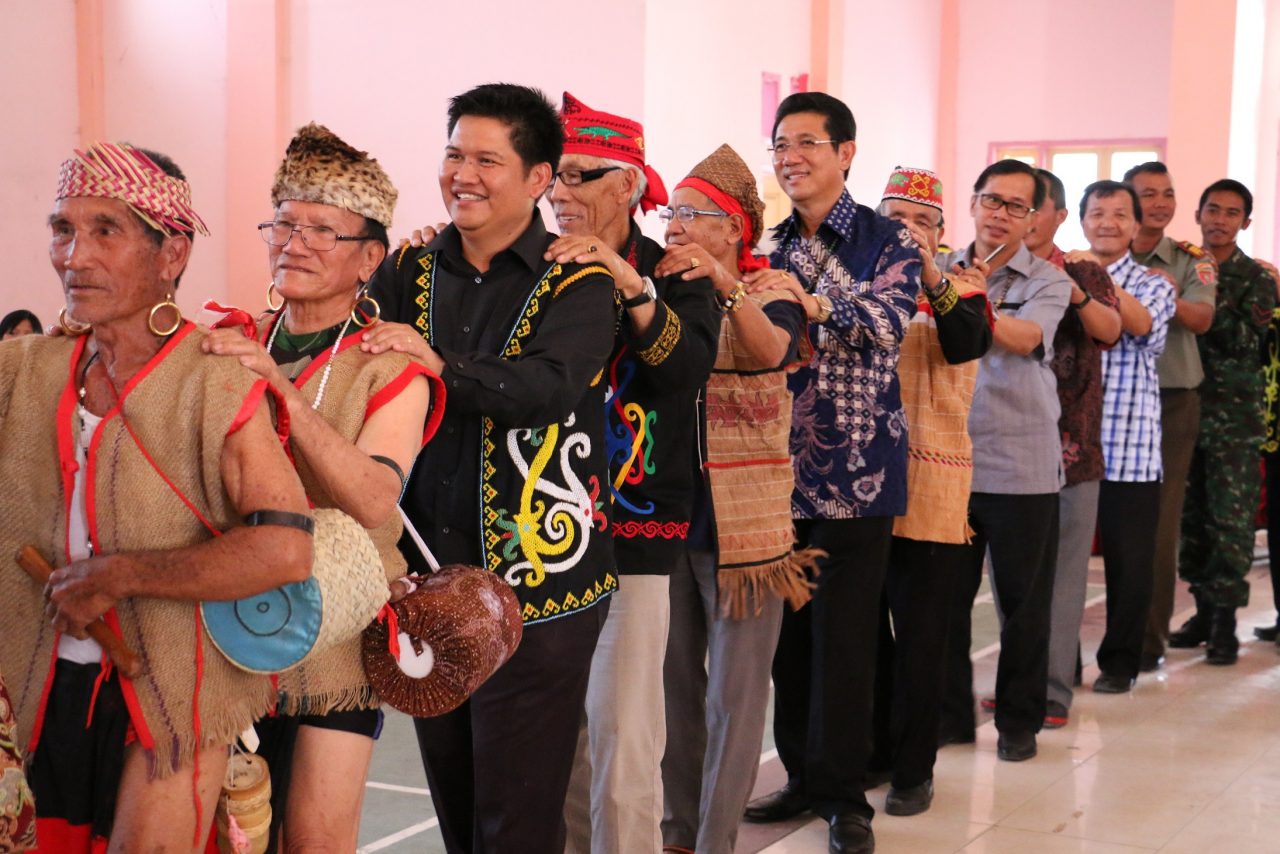 FORMADAT leaders together with guests and villagers dancing to a traditional song during the alliance’s 10th anniversary celebration in 2014 in Long Bawan, Indonesia. ©WWF-Malaysia/Alicia Ng

FORMADAT, WWF’s community partner in HoB, was named amongst the 21 Equator Prize 2015 winners at the United Nations Secretariat in New York on September 21.

This year, the Equator Prize is awarded to outstanding local and indigenous community initiatives from a total of 1,461 nominations from 126 countries, submitted to The Equator Initiative. The prize award ceremony will be held during the UN Climate Change Conference in Paris, France in December. Two representatives from FORMADAT have been invited to Paris to receive the award.

FORMADAT is a trans-border alliance between Indonesia and Malaysia, which came together in 2004 to build on the shared historical and cultural bonds among the Lundayeh/Lun Bawang, Kelabit, and Sa’ban indigenous peoples living in the Highlands of the Heart of Borneo. The alliance aims to integrate conservation and development, and ensure that the development of the highlands respects the environmental and social values of the area and its communities.

The traditional landscape of the HoB highlands is a patchwork of agricultural fields, ancient forests, rivers and streams, and cultural sites. The area is a traditionally farmed catchment area on the island of Borneo. Farmers have developed a traditional wet rice farming system which is unique in the interior of Borneo where most farmers use rotational agriculture. The group has prioritised farming native rice varieties like adan rice and preserving local fruit trees.

Beyond farming, FORMADAT also manages a solar operated tele-center in Krayan, Indonesia , which was opened in 2011. Together with E-Bario and E-Ba’ Kelalan in Malaysia, this initiative supports education and information exchange and supports the local ecotourism.

Congratulating FORMADAT, WWF-Malaysia chief executive officer Dato’ Dr Dionysius Sharma said the organization is happy to see that its long-term relationship with the alliance is showing positive results as demonstrated by sustainable income generation through activities in the highlands and more locals championing the cause for conservation.

“WWF-Malaysia will continue to work with FORMADAT because we recognize its roles in driving sustainable practices,” he said.

“What the leaders of FORMADAT started to envisage and discuss back in September 2003 showed a powerful long-term vision of sustainability and security for their homeland and communities” says WWF-Indonesia deputy director for social development Cristina Eghenter.

“The Equator Prize 2015 is a well deserved recognition of FORMADAT that outlines a local model of sustainable and fair development that builds on strong cultural heritage,” she added

FOCUS is about everything from most-talked about topics as whimsical as the Candy Crush mania, personalities or celebrities to current issues that impact our daily lives.