Breaking with tradition to save the future of kora music

“As a musician, most would say that when you make music, it is about communication and expressing yourself as truly as you can. Kora is the only instrument that speaks as closely to what I feel as possible,” said kora player Sona Jobarteh from the Gambia and the UK.

Coming from one of the five principle griot families in West Africa, Sona broke away from tradition when she became the first female Kora player.

Breaking away from tradition 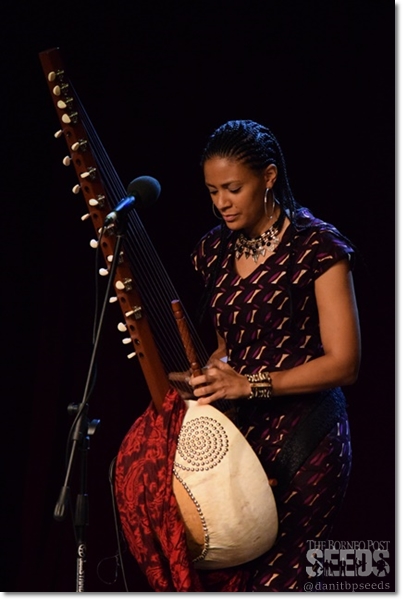 The kora is a 21-string lute-bridge-harp and is traditionally only played by men as it is a hereditary role passed down from fathers to sons. An instrument steeped in tradition and cultural significance, kora players are not merely entertainers – they are historians, genealogists and storytellers.

“It is very much associated with empire, kings and royalty and the social structure that still exists to this day, where the griot is there to support the rulers in society. So, the music has always been about people, mending relationships and making society harmonious in a way,” she said.

Although the tradition may be dominated by males, it seems that her family has always been nothing but supportive and encouraging of her learning to play the traditional instrument.

Taught to play the kora by her elder brother when she was three years old, her family is well-known for its kora virtuosos, one being her grandfather Amadu Bansang Jobarteh, a Master Griot, her cousin, celebrated kora player Toumani Diabaté and her elder brother Tunde Jegede, a renowned diaspora kora player.

“I have never taken the instrument as a way to say it should be a female tradition, there are many reasons why it is a male tradition. It is a history which I respect greatly and for me, I went through a long period trying to understand and embody the instrument enough that I could play it as a kora player and not as a female,” she added.

It’s all about the music 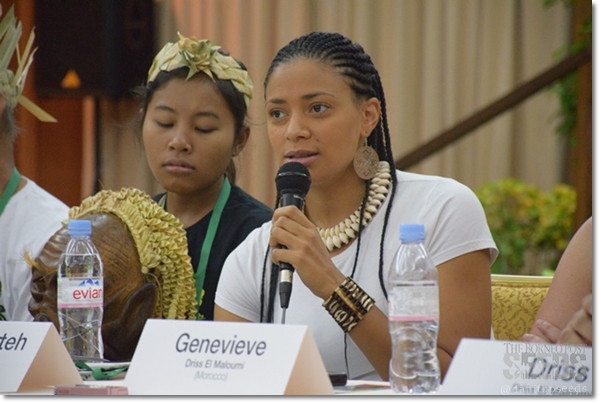 Sona  answering a question from the media at an RWMF press conference recently.

As a kora player, Sona has never tried to interfere with the traditional context of the instrument but instead aimed for the world stage which was a challenge for her trying to present it to people outside her culture as there is so much cultural history and depth attached to it.

“For traditional music, if you never heard it before and you are from another part of the world, you may not understand it because there is so much cultural relevance, and somebody from the culture would feel it because it is theirs,” she said.

“So, the challenge that I face is trying to represent the traditional music but make it in a way that people from any part the world can understand it in their own way, and that is something that I spend many years to develop,” said Sona.

Strongly passionate about tradition and culture, Sona is dedicated to advocating and promoting traditional music especially among the youth.

After completing her degree at SOAS, University of London, Sona also performs and collaborates with many internationally-acclaimed artists such as Oumou Sangaré, Toumani Diabaté, Kasse Made Diabaté and the BBC Symphony Orchestra.

She also divides her time teaching Kora in universities in London but it had always been her dream to open up a music school in the Gambia as she always wanted to teach her own people about their own tradition.

“That is really something very important because, if you ask a young person what is the history behind the song or maybe some of the old repertoire, they wouldn’t know because there is nobody to teach them. They just pick it up and start to play without knowing the whole historical context, which is so important about the instrument and that is the thing that is lacking.”

This is where institutions could help musicians learn the full story of the traditions behind the instrument. For Sona and her father, they had always wanted to open a kora school in the Gambia and that dream finally became reality when in 2014, they established the first music school there, the ‘Amadu Bansang Jobarteh School of Music’ named after her grandfather.

“This is not something that is done in many African countries. I have always been around in the institutional context of music and yet in a traditional society where our music is dying, I have seen no efforts to try and preserve it and make it established properly as part of the culture. I think that is partly why people turn away from it because they feel it is not worth anything.”

While tradition and culture may be two key elements that are fast eroding in the modern world, Sona’s case shows that sometimes going against custom can be for a noble cause like preserving the cultural heritage of her people.

“I am not trying to put myself in an area which is dominated by the men. People are not feeling negatively about that, they feel the positive side which is, yes, that it is breaking tradition but at the same time I am spreading the culture and people would feel the pride about that whether I am a male or a female, just the fact that somebody is doing it making people feel proud. I think that has make up for the fact that I have broken the tradition,” said Sona.

Watch a snippet of her performance at the Rainforest World Music Festival 2015 below: